Remember the last entry about how a Bell transaction was kind of a win?

I got home Friday night as usual. Actually faster than usual as I wanted to rush home in time to watch my pal Andrew on Jeopardy. 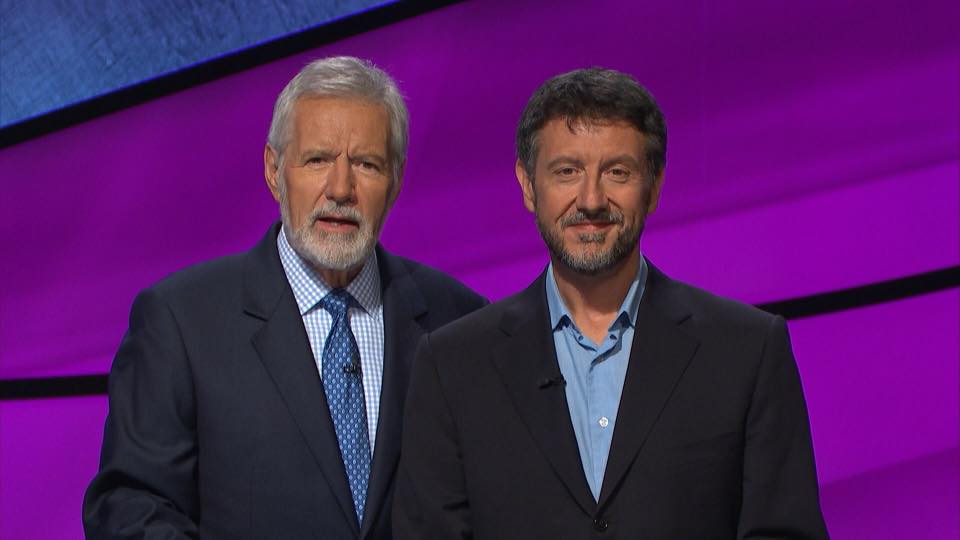 I turned on the computer to set up to watch, and no connection. I looked at the modem and noticed the DSL light flashing. Hmm. That can’t be good. I rebooted the modem, and still it was flashing.

I started getting my iPhone ready to watch Jeopardy, and called Bell on the land line. The dude tried to help, said it was something about a “dry loop” (I think I’ve had one of those…a little Benylin™ did the trick), that they had cut my internet line when they thought I was going to cancel my phone.

Meanwhile, Jeopardy started, and Alex Trebek was about to talk to Andrew. I told the Bell dude, “Hang on, we have to listen to this interview.” I turned my iPhone up full, and we both listened (as I watched.) I must say, Andrew’s interview gave me big cred with the Bell dude. “You know someone on Jeopardy? Cool!”

Anyway. Bell dude said he would create a ticket and send it to Level Two tomorrow and someone will get on it. “It will be fixed in 24 hours.”

So I went to bed with my DSL light flashing (and you know how THAT can hurt.)

In the morning, I rebooted the modem. Still flashing, no internet. I left it until 2:00pm because the guy DID say 24 hours. When I called at 2, it was as if I hadn’t had a call at all the night before. I had to explain EVERYTHING again. That some marketing guy from Bell had talked me into keeping my landline for the same price as only having internet…and they cut off my internet and not my phone blah blah blah. “We have a ticket here that you want your phone cut off.”

Then I had to get off the line so they could test my line, and they called me on my cell. She said, “There is a problem with the line because you don’t have an internet connection and there’s not an internet number associated with your account.”

Needless to say, I started yelling. Isn’t Bell a communications company??? BUT THEY DON’T TALK TO EACH OTHER!!!

Sunday morning I saw the flashing DSL and called them at 10am. I started again with the explanations. By this time I’m screaming at the poor woman on the other end. I was finally put through to a technical guy who said someone has to go out and set the line up. It will be done today and I don’t have to be there because the line issue isn’t in the home. I had some errands to run and was in the car driving when I got a call from Bell. Since I was driving I couldn’t take the call. They left a message saying, “This is the technical call from Bell. We will call you back.”

I got no call. I came back from my errands and called them again at 2pm as I still didn’t have internet. This time I REALLY screamed when the woman said, “You don’t have an internet account and we will put you to Level Two…”

So I didn’t have internet when I left this morning. The last woman I yelled at said she would follow up first thing Monday morning and call me with updates. It’s 10:30am Monday morning as I write this and no one has called. And I have no faith in them at all after this weekend. I would guess I spent 7 hours on the phone with them all told. I used up most of my phone data watching my friend come in second on Jeopardy (he was a rock star!) In a world where they can flick a switch and cut you off, why does it take a week or more to turn it on again. Bell, you are the WORST!!!