One morning recently, I stepped outside and saw this:

Now that is one big chipmunk hole! And it pretty much happened overnight. Some little chippy sure has been busy.

This industrial rodent reminded me that it was time for me to prepare for the inevitable winter months. UGH!

I lived up here full time a while back, surviving three winters. Back then I was obsessed with wood. With kindling. Every walk to the mailbox, every run down my road, I’d be looking in the woods for fallen branches and the perfect brittle twigs. I was going to have to start about 90 fires in the winter, so I had to be prepared before the snow fell.

Kindling collection season is very short. There’s about a week or so after the snow finally melts in April, and before the blackflies invade. It’s nearly impossible to hunt for kindling in the summer, as the mosquitoes own your life blood. So that leaves the next sliver of time, September and October, to venture into the woods before the snow falls again. And even when I’d collected a bunch of kindling, I would obsess. It was NEVER enough!

Which is where I’m at now. 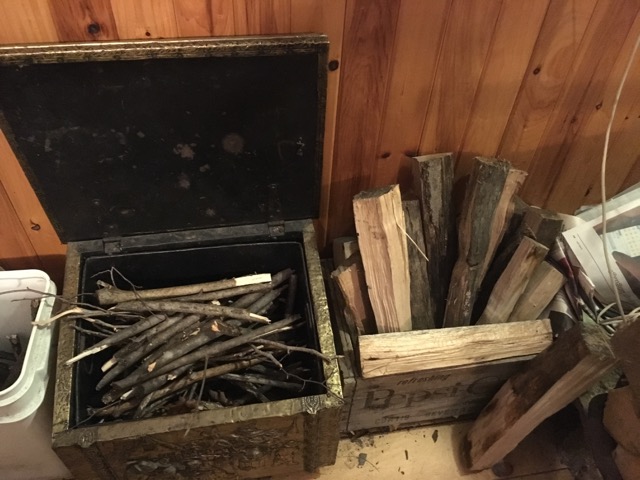 This will last about a week. And I’ve been lagging in my winter prep. Rather than being proactive and keen and pioneer-women-like, I’ve been in denial. Or something. Living up here full time was my choice, but really because it was my ONLY choice, as the cost of living in Hogtown “between contracts” was impossible. Nevertheless, I’m lucky and happy to be here. But somehow less enthusiastic about winter.

Meanwhile, back to the chipmunk. My cat Boo checks out the little guy’s handiwork… 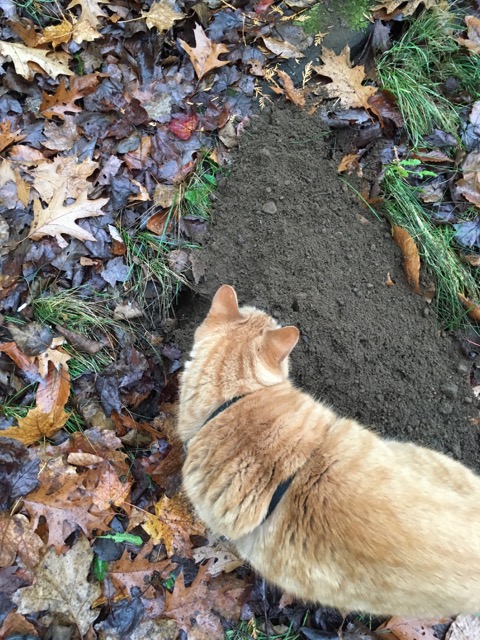 …and is happy he doesn’t have to live underground all winter. He knows he and Pinky will be warm inside as long as I keep feeding the fire and paying the propane bills…life is tough, eh kitties? 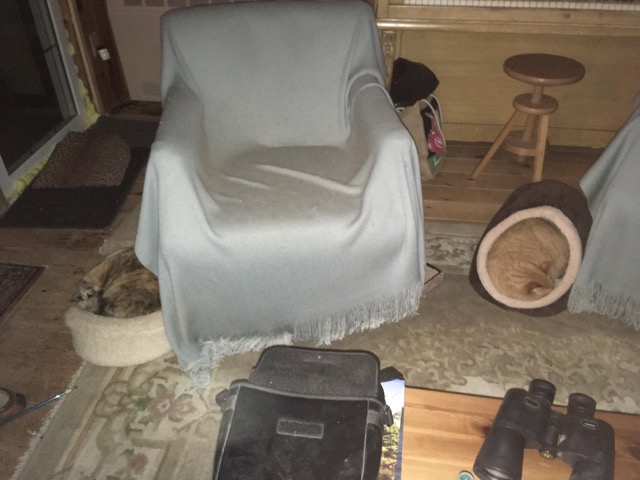 Sometimes I wish I could just go to sleep for 3 months. Be the chippy!

Meanwhile, another obsession. Getting a tent garage set up so my 11-year-old car can weather the gales of November, the snowmageddons of December-February, and the freezing rain of March and April. And still, I left it so late that we –  my fabulous MacTier/Stewart Lake friends and I – were building that goddamn thing in the dark as the clocks had already gone back. I really wasn’t on the ball this year, but thanks to them, we got it done! 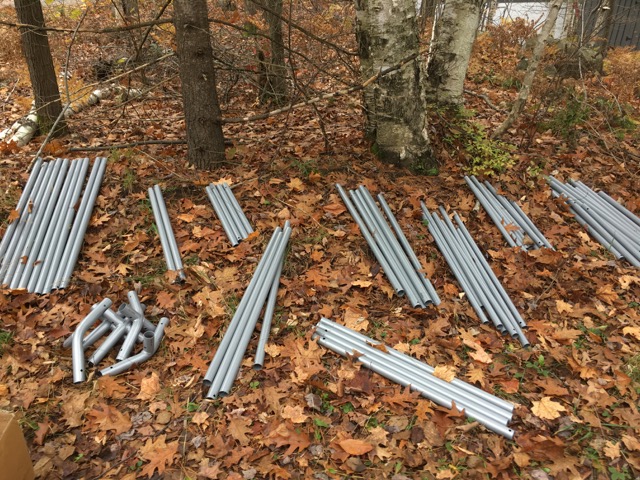 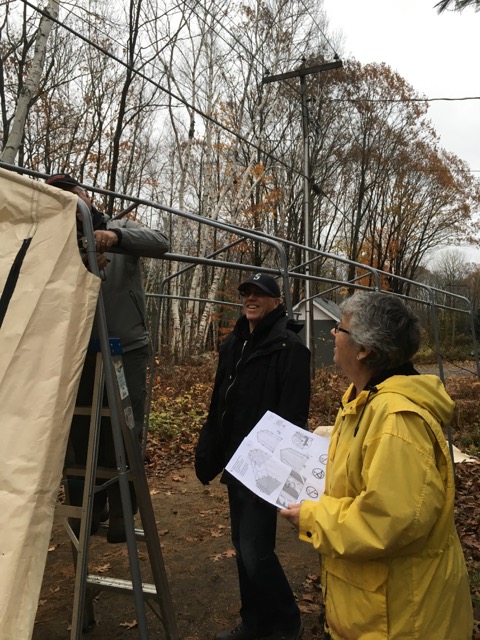 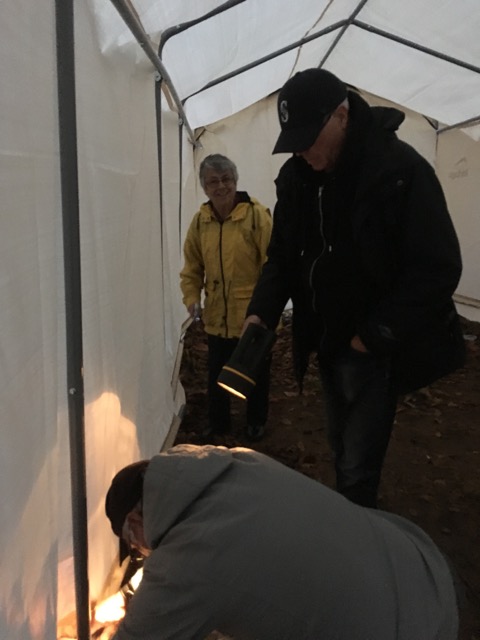 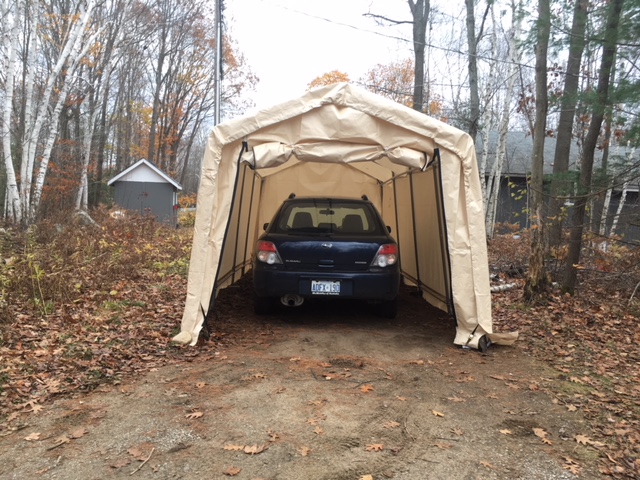 So am I ready? Who knows. A big gust of wind might just take the garage to the land of Oz. The electric heater down in the pump room might give out. I may run out of wood and will have to strip the lovely pine paneling inside my cottage to feed the fire. But I’ve done what I can. 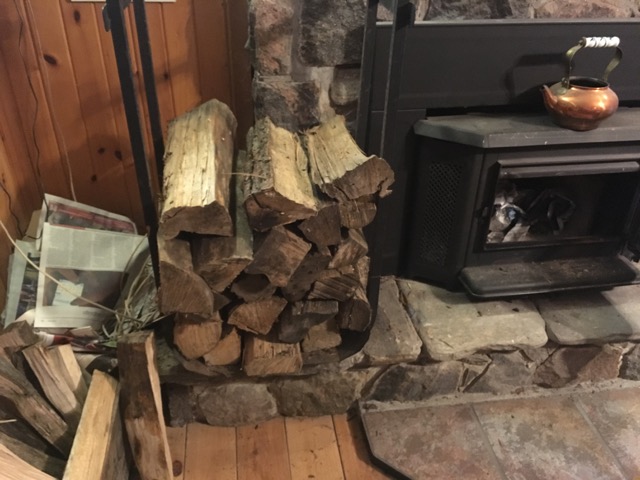 Pinky needs to feel the heat… 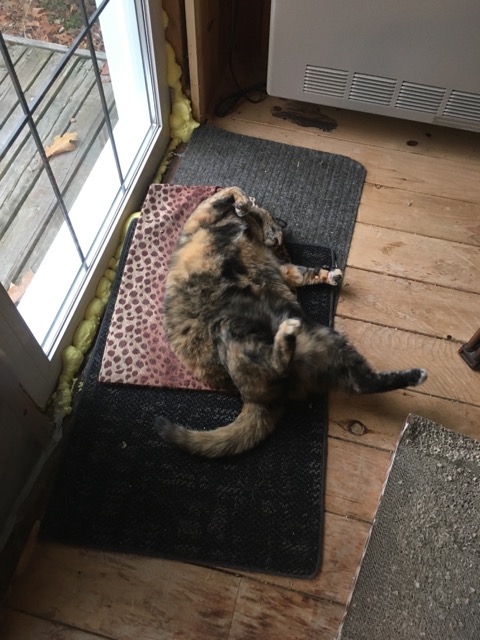 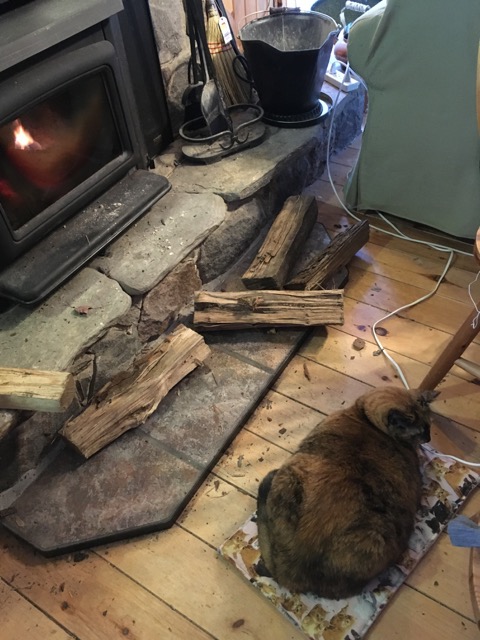 And still I wonder…do I have enough kindling?

One thought on “Be the chipmunk”