I’m a commuter again. Sad but true. Especially after everything I said about those poor cottagers, and how lucky I was… nya nya nya nya…sigh.

I am back to driving down to Toronto, either on Sunday night, or dark and early Monday morning. Then driving back up Friday night. I hate it. I hate everything about it, especially the stretch on highway 400 between King City and my temporary lodgings in Bloor West/Junction (pick a couch, any couch.)

Once in a while I take a break and drive to the Go Train station called Barrie South. I can leave my car there for a few days and take the train downtown. Anything to avoid that hideous stretch in and out of Toronto.

Last Friday, I skipped out of work a bit early to get the 4:10 train so I could get home a little earlier. smooth sailing all the way to East Gwillimbury. Yes, that’s a place. About 40 seconds north of the station, the train slowed down and finally came to a complete stop. We got feedback from our train lady over the speaker system…”we’re not sure what is going on yet, but we will keep you posted as soon as we know.” That went on for about two hours (thank goodness I had downloaded a bunch of Podcasts before I got on the train.)

Yes. I was stuck on this train between East Gwillimbury and Bradford for two hours. 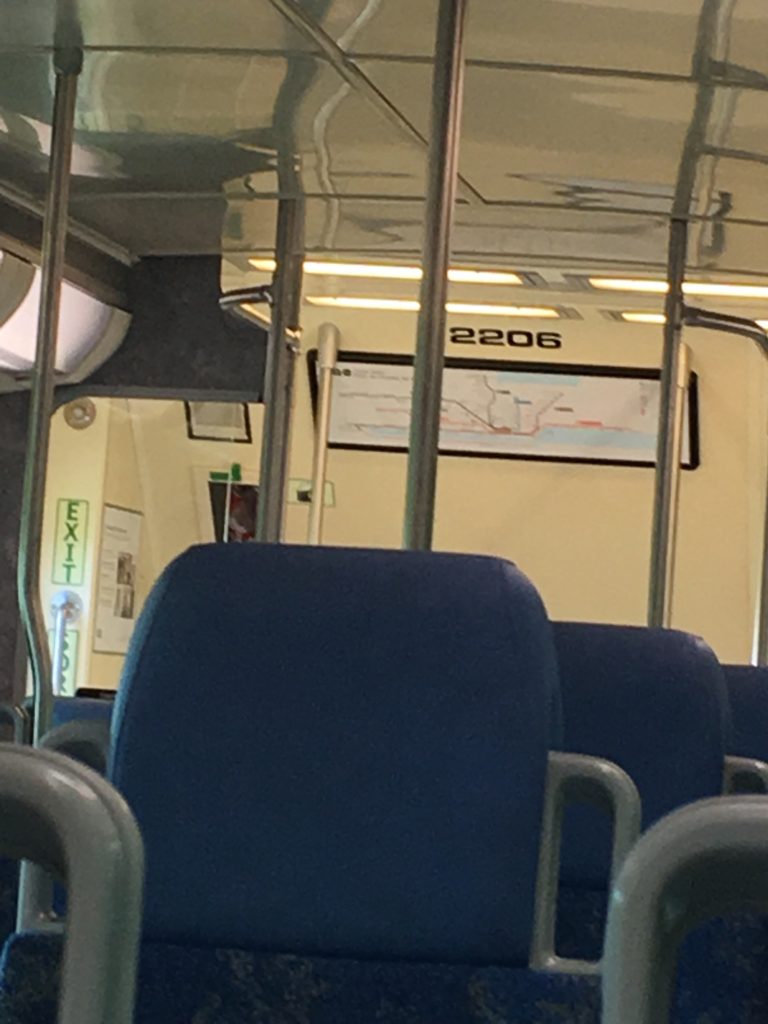 We waited until the train behind us – that would be the 4:40 – came to the rescue. They attached it to our sad train, and it “pushed” us to Bradford. Yep…we got pushed to the next station. Finally we made it to beautiful Bradford!

They had us get off the train so that it could push ahead and we could get on the train that was pushing us. So much pushing.

Finally we arrived at Barrie South, two hours late. My car was still there – yes I panicked that it might have been towed – and I headed home.

So what do I do next? Drive and be completely frustrated? Or take the train and trust in the Go Transit gods? Isn’t it great having these lose-lose choices?

I know. First World Problems. I will be fine.

Thanks and good luck.