Imagine if your neighbour had his garage kitted out for music. And I don’t mean a garage-band practice spot where you’re fighting with a snowblower and a broken-down lawnmower for space to put your piano. No, I’m talking about a garage with a performance floor, with risers and chairs for about 75 people. A real sound system. There’s free coffee and a bar just at the end.

That’s Peter’s Players in Gravenhust. And no, this isn’t a free plug for the fine folks who run that fabulous spot. This, as always, is about me. And radio. And Ron Sexsmith. And Toronto. And moving.

There were many shows I wanted to see over the years, but the timing never seemed to mesh with my vacation or my weekends at the cottage. Albert Lee. Sonny Landreth. Larry Carlton. Yes, THAT Larry Carlton. So when I saw that the brilliant Ron Sexsmith was going to be at the joint this summer, I made sure to get ticket early. And so I went to Peter’s Players for the first time. 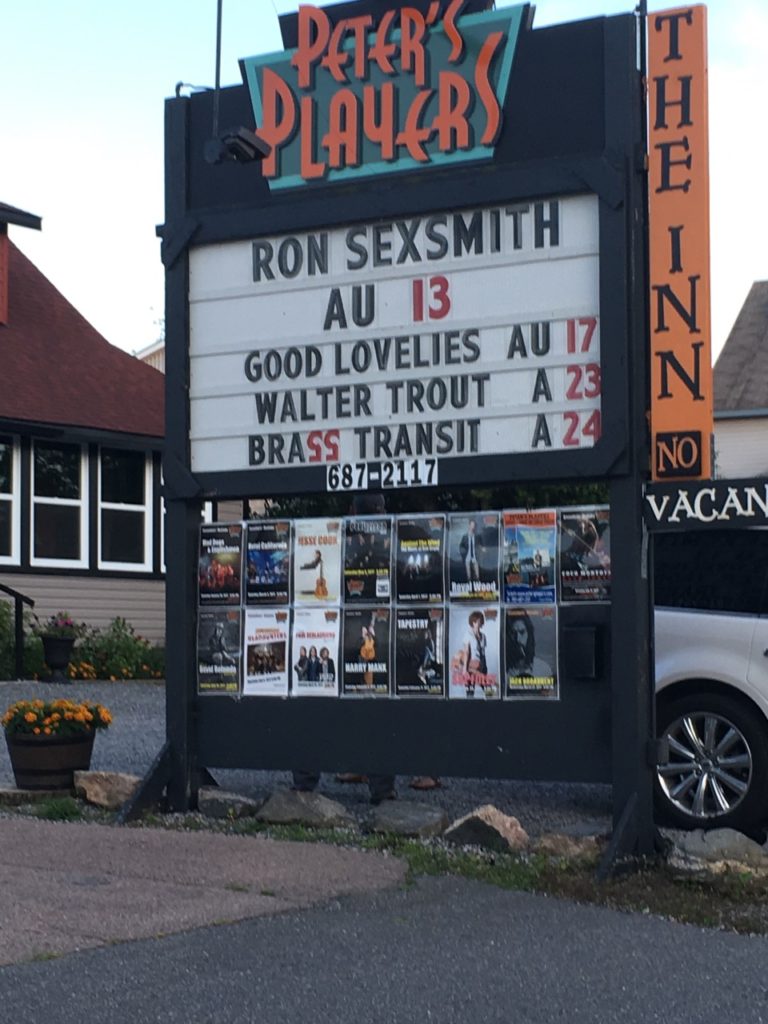 Now before I talk about the show, let me take you back to my radio days when I was a recording engineer for the CBC radio program, Morningside. I kept notes for just about every show so that I could have a record of the guests, the names of the technicians in the other cities, and any comment that seemed fitting for the day. It looked like this: 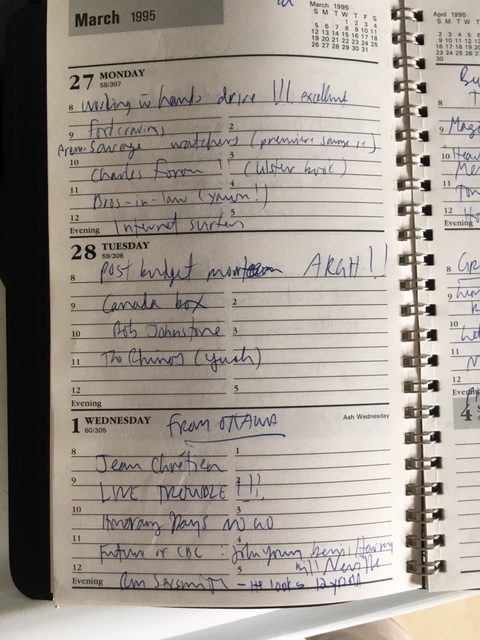 Now if you look down at the bottom entry, you’ll see the show was from Ottawa that day. We had a Prime Minister on. We had line trouble. We had a no-show. We had a panel. And like most weeks, we had a musical guest. Take a closer look: 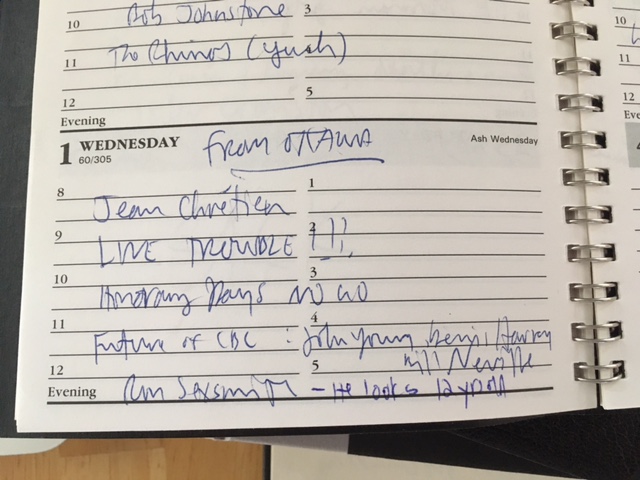 “Ron Sexsmith – He looks 12 years old.” It’s true. He did look 12! But man, he could play, and he had such a surprising voice. I think everyone in the studio remembers the Chrétien interview from that day, but I remembered that kid and his voice, and what he could do with a guitar.

So there I was at Peter’s Players, admiring all the posters of bands that had played there. Garth Hudson, folks! 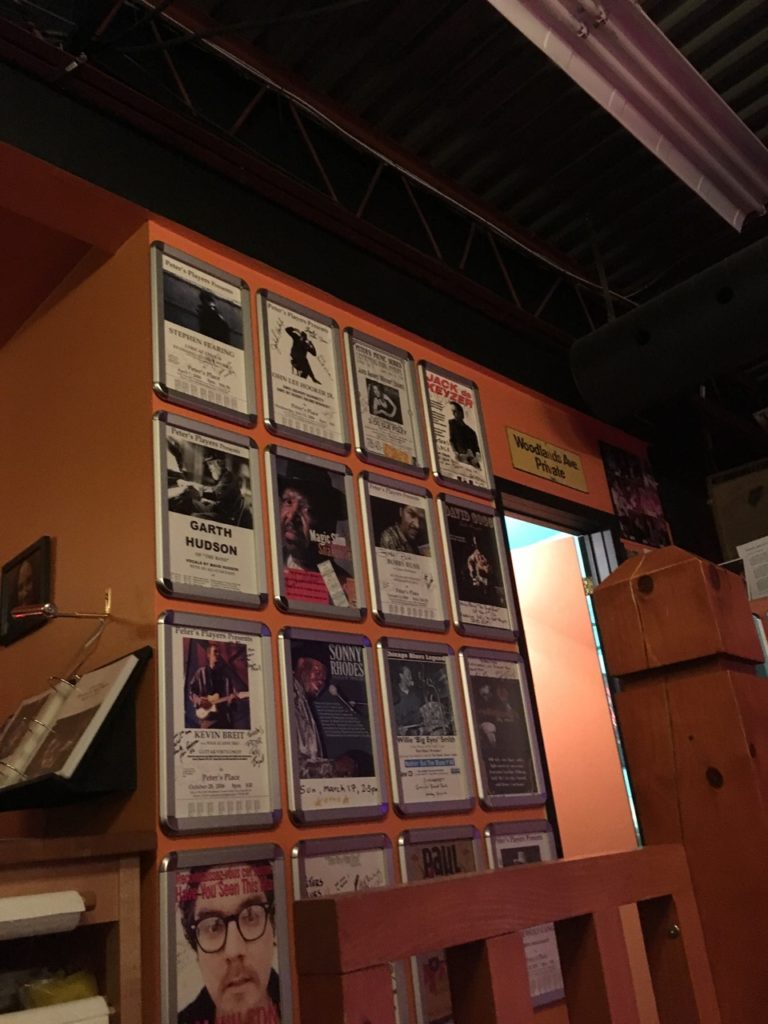 I sat on my little bleacher seat with 74 other people, waiting for the baby-faced kid to arrive… 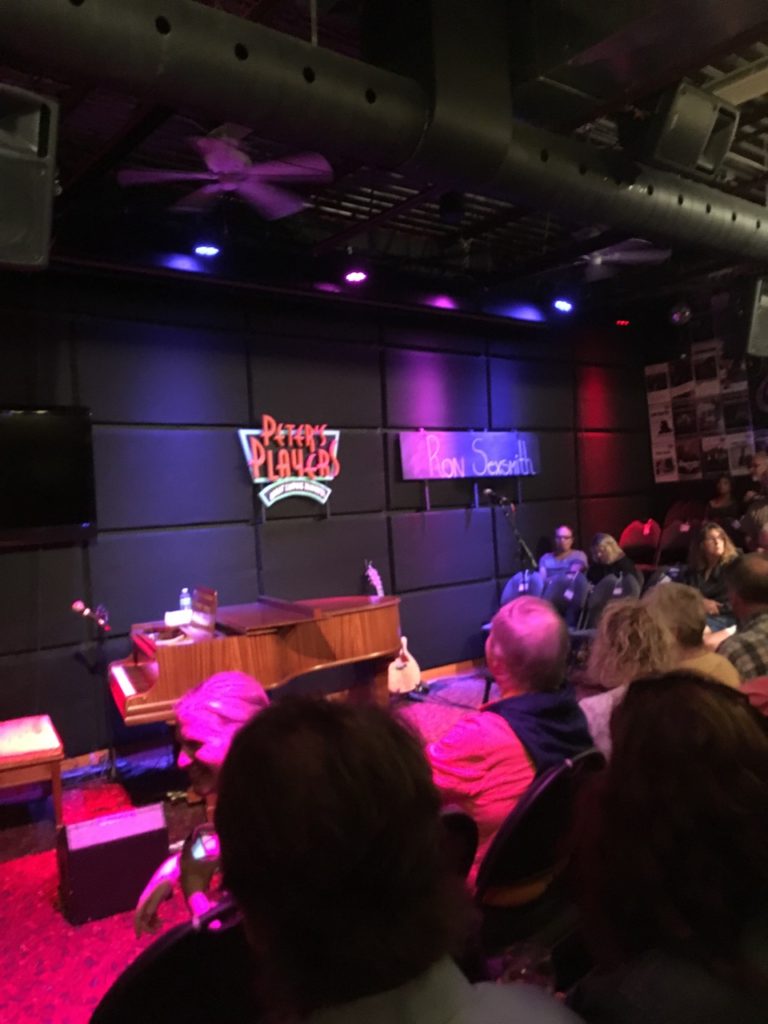 And in he came, still looking about 12-years old! His first set was all acoustic guitar. And I remembered how great he sounds live. I don’t have a lot of his recordings for some reason, but live – even solo – he puts on a great display of his talents. 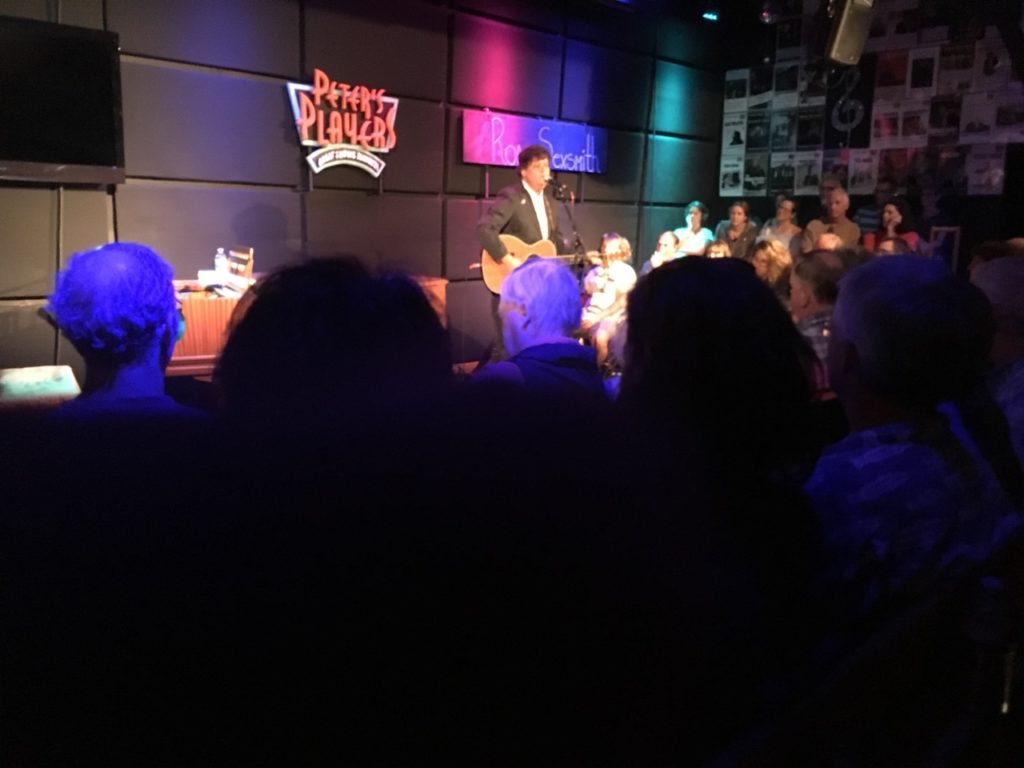 His second set started on piano. Yes, there’s a piano at the venue! Goodness knows where and how they store it and wheel it in and out! 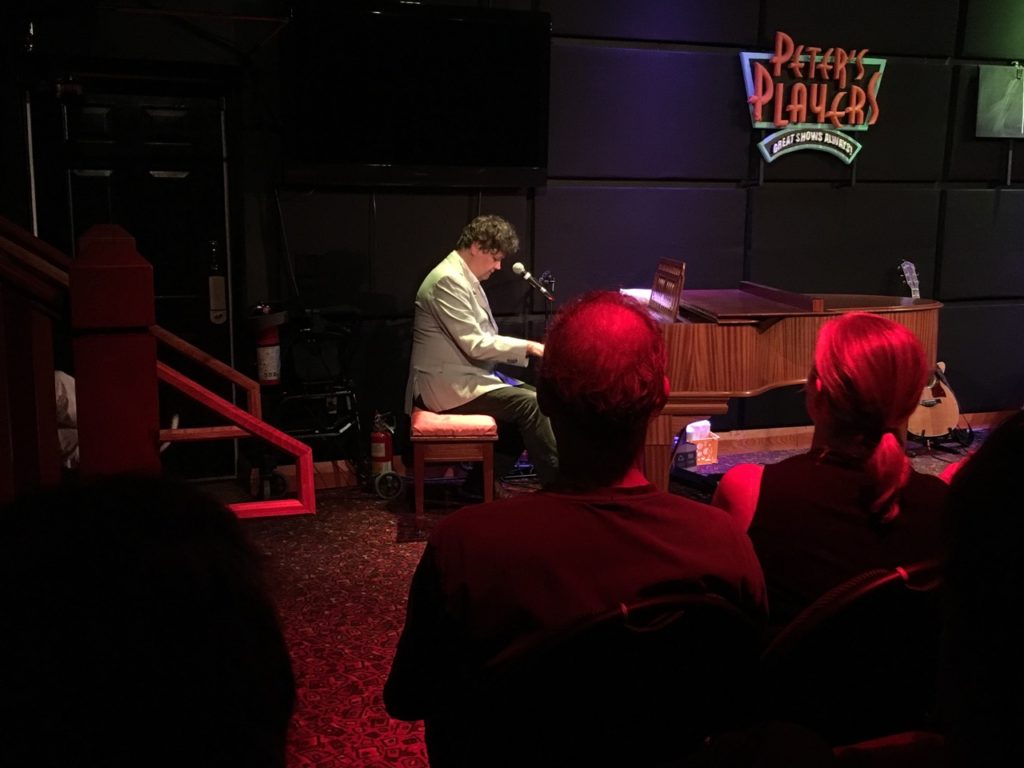 He played songs from his first album. He was funny and friendly with the crowd, even taking a request or two and tried to remember how to play them. The Saint Bernard song was a big hit.

Then he told a story about how he had recently moved from Toronto to Stratford because of the cost of living. Sounds familiar, doesn’t it? He talked about missing his old neighbourhood, Trinity-Bellwoods, had written a song about it. YOU try rhyming Trinity-Bellwoods with something! Then something happened. I started having tears in my eyes. Seriously! What is going on here?

It was just a moment of a young man from my past life, singing about a town he loved but left. And, well, that was it.

So thank you, Ron Sexsmith. Whether you realize it or not, we are connected through 20-odd years. And thank you for the song that made me cry…