I live near a junction town. MacTier is about half way between Sudbury and Toronto. It used to be a Canadian Pacific Rail shift-change town, the train would stop in MacTier and the men would get off and men who had been sleeping in the bunkies would get on.

That doesn’t really happen anymore, but the trains remain a huge part of the community. 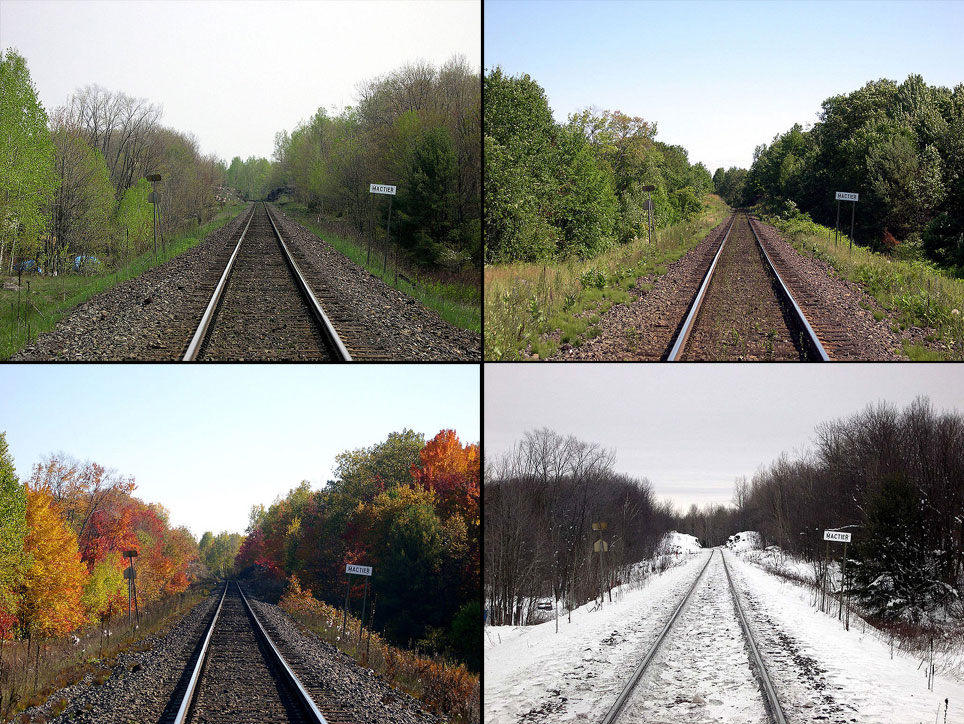 A few weeks ago, I noticed they started doing some work on the tracks up at the top end of my road. Everyone on my road has to drive over the tracks to go to-and-from our homes and cottages. We’ve all been “trained” at one time or another, as the engines stop in town for a pee break or something, and the trains are so long that we are stuck waiting for them to shunt or split or just move along. Frustrating, but they’re not allowed to block our level crossing for more than 15 minutes.

For the construction, they had a flag men stopping us and waving us through when the vehicles cleared off the tracks: 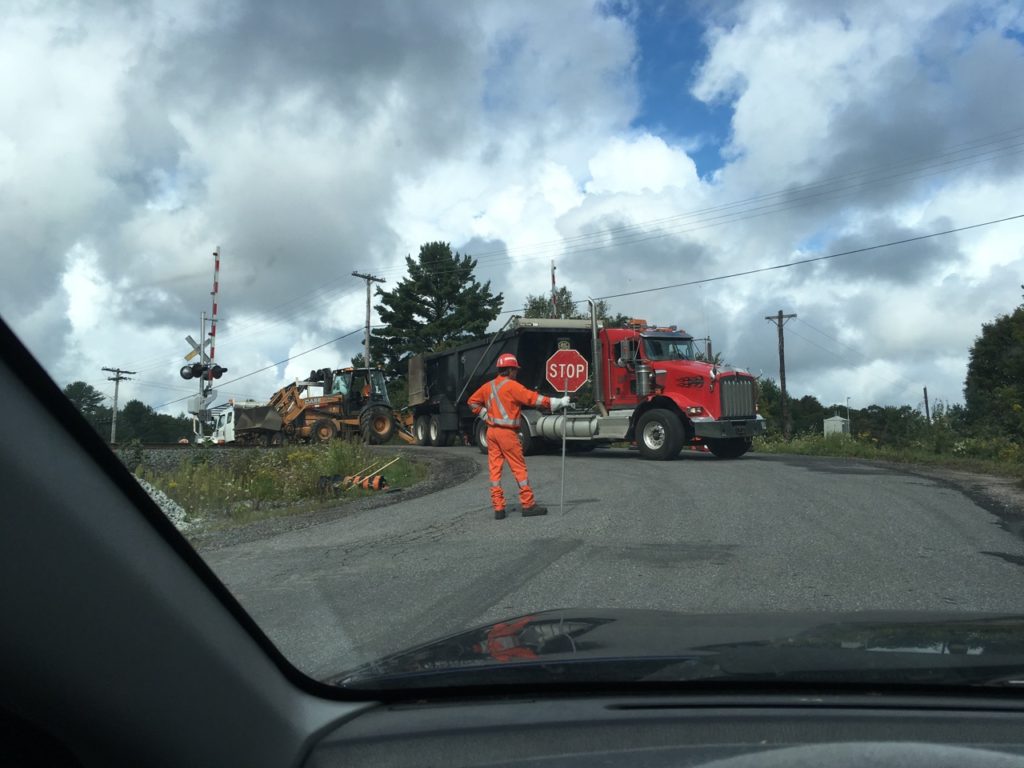 I didn’t see any sign saying how long this work was going on. And no one came to tell me there was anything long term about this work.

Last week, I had plans to head into Toronto to meet with a new client, and to have an evening fiddle jam at a friend’s place. I timed my departure to minimize the horror that is rush hour Toronto traffic. I left my cottage around 10:00 am or so. When I turned the corner to head out, I saw the man pictured above approach my car. He said I can’t cross, that they are doing work from 10:00 am to 2:00 pm. Umm, what? “Yes, you should have read the sign.” I looked around. WHAT GODDAMN SIGN???! It was 10:06 and the track was already un-crossable. I was stuck. No client meeting. No fiddle night.

Believe me, I let them have it. I told them I was going to lose a day’s pay. I asked why there wasn’t a notice at the mailbox, or some flyers dropped to all people on the road. Bloody hell, we were stuck in our homes! God help us if there was a medical emergency or a fire! 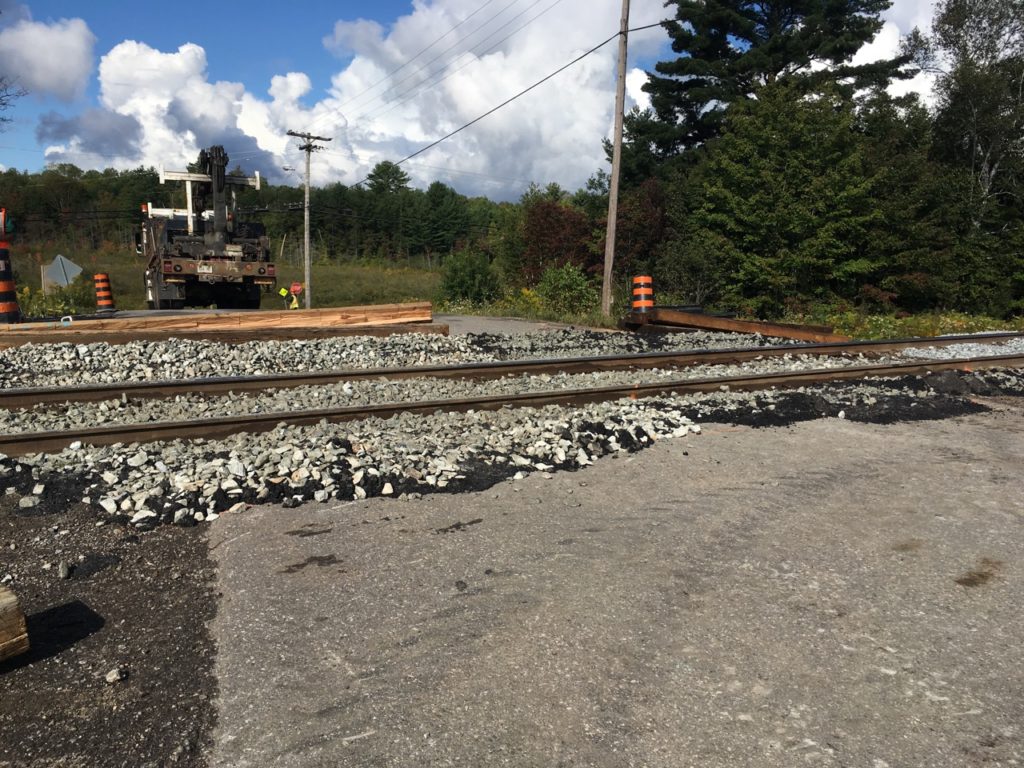 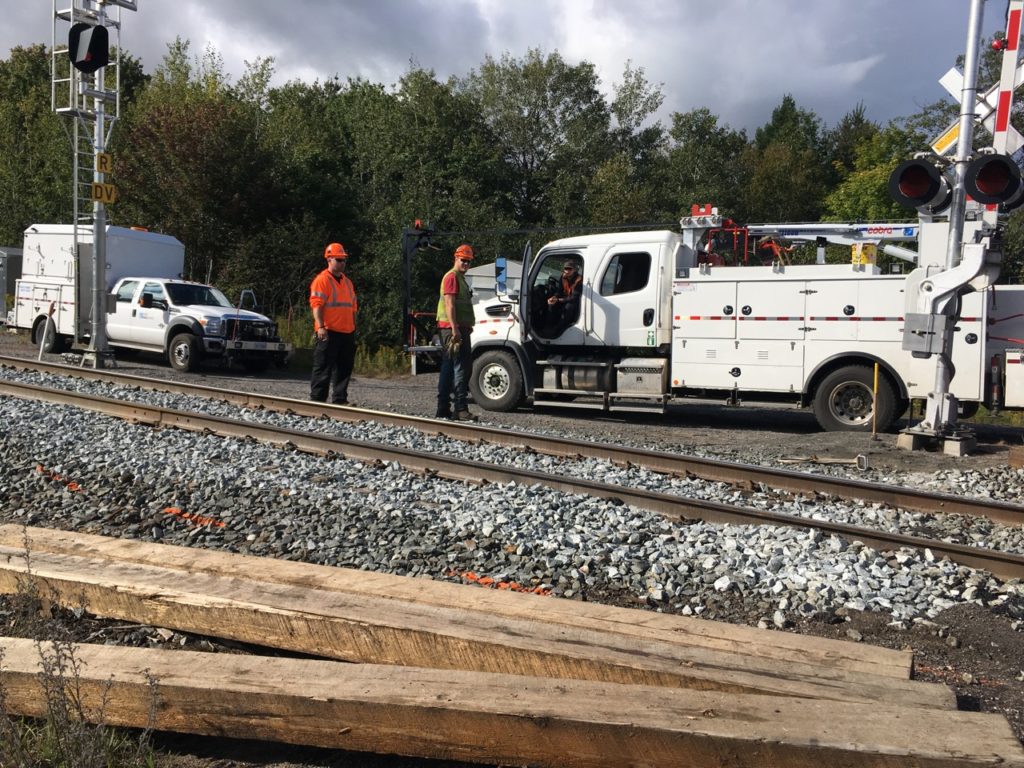 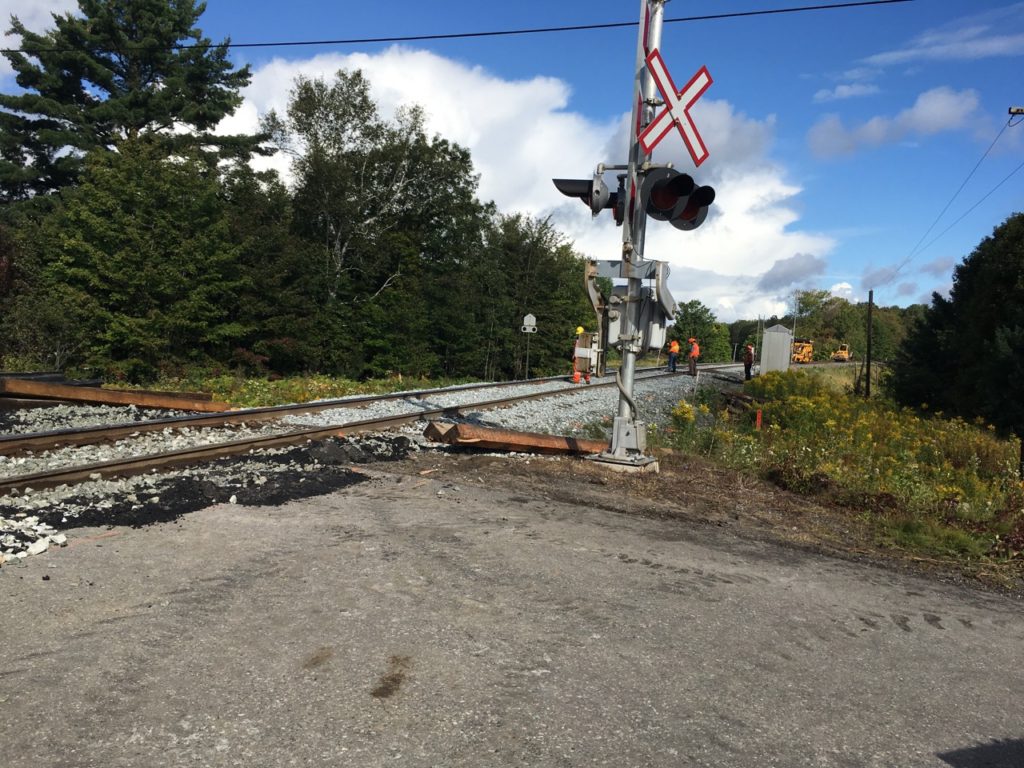 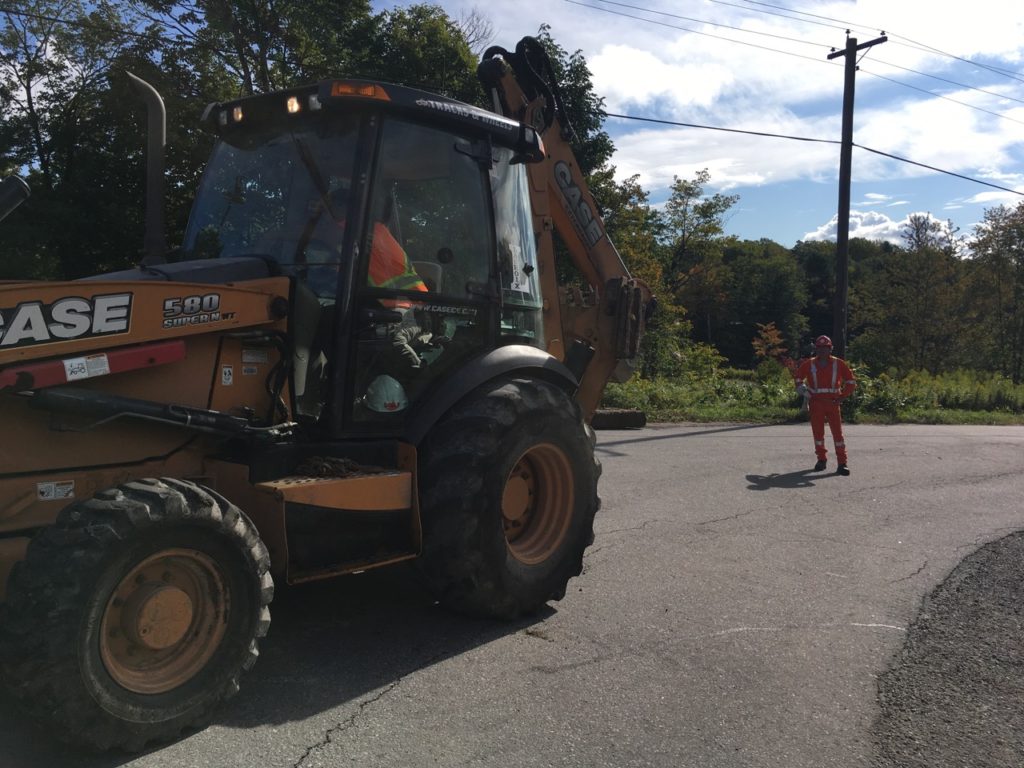 They continued to say, “Well, the sign has been up all week.” I could barely speak. I took these photos, told them I was going to call CP Rail, and have a nice fracking day.

So where was this sign that I was so stupid to have missed? Could I have been that blind? Why don’t you take a walk with me and I’ll show you where that sign was and how I could have missed it. (Don’t skip the video, campers!)

I’ve almost stopped steaming about this. In my work, I design for a good user experiences. I design for “find-ability” and accessibility. This has SO MUCH FAIL, with so much negative impact on their users/customers, whatever we are. I still haven’t heard back from CP after my phone calls and my tweet storms. FAIL FAIL FAIL!