From the Oxford English Dictionary:

Funny, isn’t it? Fancy jargon for the kind of work that’s been going on since forever. Especially up here at the lake. The year-round residents of the Muskoka towns like Mactier, Port Carling, Bala, and so forth, have been “gigging” since forever.

“According to the 2011 Canadian census, approximately 58 per cent of Muskoka’s population is seasonal residents, while 42 per cent live in the district permanently. Without its permanent residents, however, Muskoka’s cottage and tourism culture would be impossible.” Source: TVO.

I gigged up here in the mid- to late 2000s. Not the kind of work the locals did, like plumbing, carpentry, masonry, electrical. No, my clients were in the Greater Toronto Area, my work required softer skills, like writing, designing, coding.

I’m back up here gigging, and I wish I had the skills the locals had! I would always have work. Always. Oh it’s nice having this view from my office… 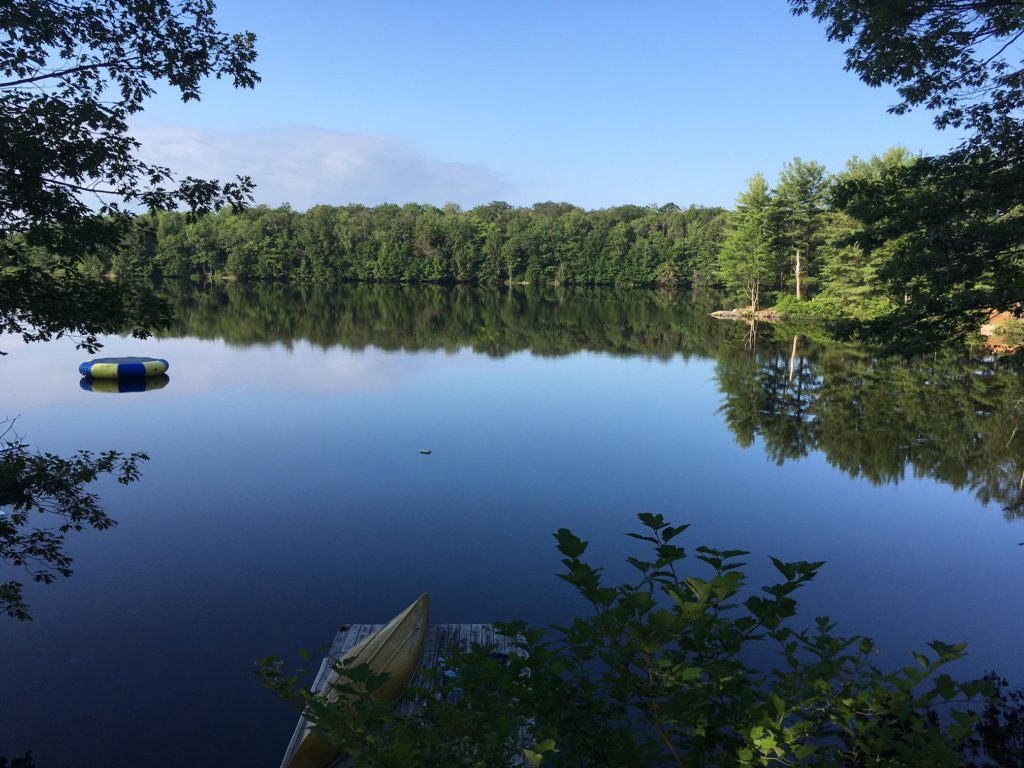 But the soft-skill gigs are getting harder and harder to come by.

So perhaps I need to shift my brain, offer myself up as an apprentice to one of the trades up here. Seriously, kids, I know “they” say you should have an education, get your MBA, learn to be a computer programmer. I say, learn a trade! You can live in paradise and always have work!

Hmmm…I wonder if there’s a need for Uber Muskoka…?