I’ve been keeping a cottage log since the first day I took ownership on July 6, 2001. Yep, just a couple of months before 9/11. I have been logging things like the first snow fall, the first robin, the joy of the monarch butterflies returning. Totally geeky, eh? But I think it’s important because I can get a sense year to year of when to expect things. It also keeps me on track with the exact dates of things like when my roof was re-shingled, when the honey wagon came, when was the last maintenance on the fireplace.

One of the big things we all seem to track up here is Ice Out day. We had it as early as March 20-ish a few years ago. Another year, we were dealing with an unwanted April snow storm. This is where we are today, April 4th: 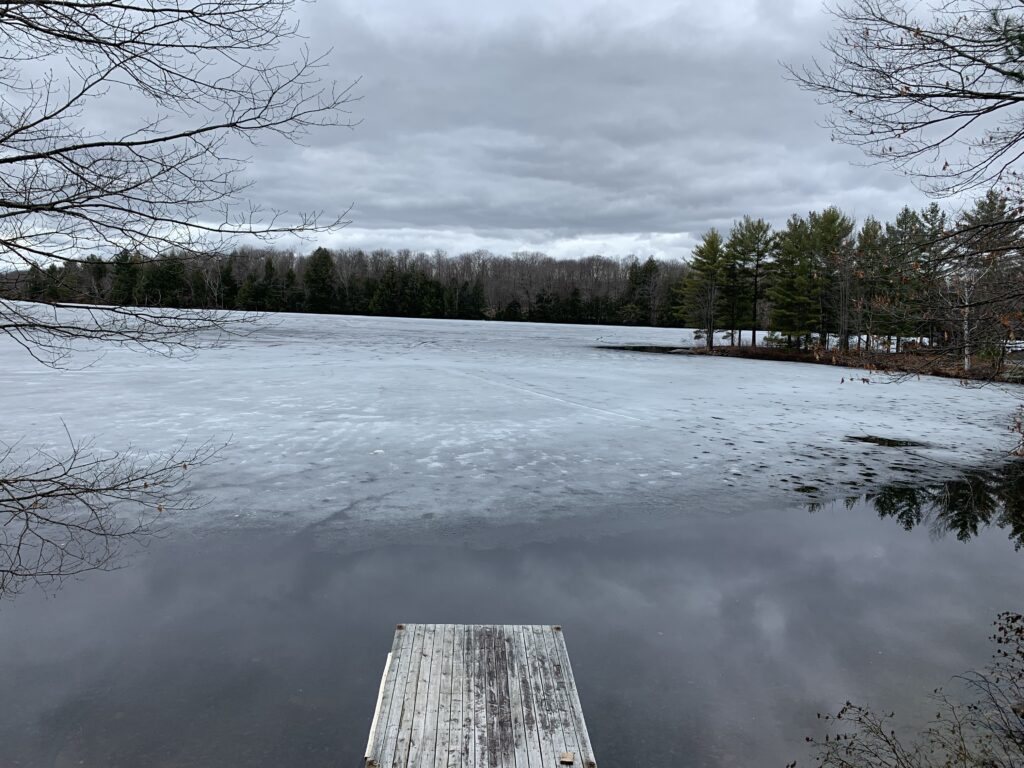 Usually this would be a sign of excitement, summer is right around the corner and we’ll all be up here for the fun times of a Muskoka vacation…

But who knows? In fact cottagers are being told by various governments to stay away from their cabins and seasonal homes. At first I was pretty mad at that thought. It seemed over the top mean. But then it made sense. There are so few ICU beds in the region because the population is around 3,000. But if cottage country expanded to its summertime count of 40,000 people, and the virus struck, the hospitals would not be able to cope. The seasonal cottagers would have better odds getting care in the city.

I am missing my cottage friends and family. There are some who are up and it’s nice to see them. But this is looking like the summer of our discontent. Will people even get their boats out? Does the virus spread in the water? No doubt there will be many fake warnings and fake news about this by the time swimming season comes. Swimming season. Sigh.

So what I’m going to do is try to keep those who can’t be up here posted – when the ice goes out, when the peepers emerge from the winter sleep, when bread yeast gets re-stocked at Foodland. So stay tuned here for daily updates. And maybe an occasional rant or rave.

And now, instead of ending on a downer, here is a picture of my crocuses (croci?) in bloom. And one of my cats enjoying them. Hang in there, friends! I hope to see you soon! 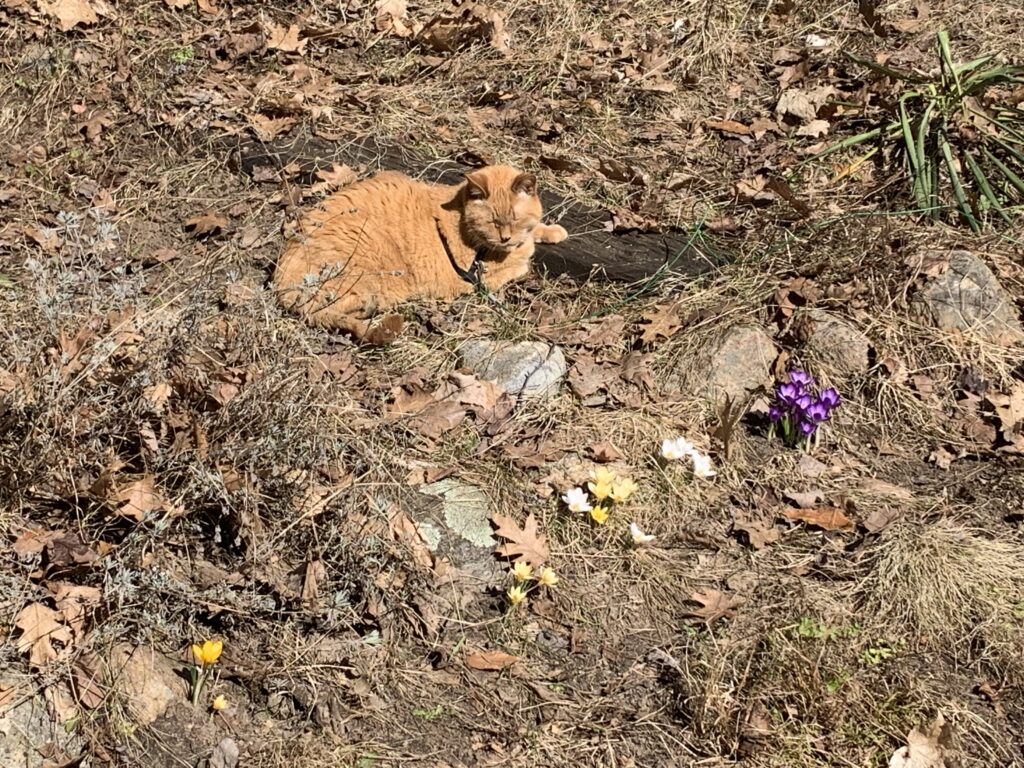